Jacques Trovic was born on 15 juin 1948 in Anzin, in the region of Valenciennes, France.

As a child his delicate health prevented him from attending school regularly. He stayed at home frequently, where his mother and sister imparted on him an interest in sewing and at the age of 14 he started his first embroidery, ‘A Spanish Scene’, which he finished two years later. The embroidery would be immediately entered into an art competition in his home town of Anzin. Jacques won first prize. Since then, his work as embroiderer is his life force.

Regardless of the form of his embroidery, the point of departure is always the same: he cuts the canvass to the required size on a large roll which he rests in a corner of the kitchen. Once the canvass is hemmed, Jacques places the first pieces of cloth. With a marker, he draws, rather crudely, the elements which will make up his composition. Documents to inspire his creation are placed nearby. His subjects are multiple: imaginary mining countries, folklore, trades, everyday scenes, French regions, … His embroideries are luminous, colourful, affirmative, with a beneficent sun that is never far away.

It is surprising that Jacques never observes the entirety of his composition while he is working. He knows exactly where each item, person or animal is to be placed. He works on all parts of the hessian canvass at the same time. There does not appear to be a precise scheme, but once completed, the embroidery is a discovery, the work reveals itself… and Jacques is exhausted. Jacques Trovic has completed an immense voyage which has given form to his dreams.

Jacques Trovic no longer has any family but still owns the house where he was born. He spends the week at La Pommeraie in Beloeil, works in Gérard Bruno’s drawing and painting studio, and goes back home to Anzin at the weekend. At La Pommeraie, he has accepted the help of Patrick Lecointre, who is deaf.

In 2017, Jacque Trovic donated his piece, ‘Le Tiercé’ (2001), a monumental patchwork embroidery, with a height of 190 cm and a width of 480 cm, to the Paul Duhem Foundation. Moreover, the Foundation acquired ‘La Parade du cirque’ (2013) on loan for a period of five years, until 2021, from a private collection, undertaking to exhibit it regularly.

Jacques Trovic has exhibited his work in France, Belgium, Germany, Switzerland, Spain, Slovakia, Ukraine, the Czech Republic, Finland, Russia, Japan, the United States, Argentina, … His work is represented in numerous private and public collections: the Art Brut Collection in Lausanne (CH), the Art et Marges Museum in Brussels (BE), the Création Franche Museum in Bègles (F), the Museum ‘d’Art Naïf et des Arts Singuliers’ in Laval (F), the International Museum ‘d’Art Naïf Anatole Jakovsky’ in Nice (F), the La Fabuloserie Museum in Dicy (F), the Mining History Centre in Lewarde (F), the Museum of Regional Ethnology in Béthune (F), Museum of Fine Art in Tourcoing (F), the Museum of Art and History and the Museum of Textiles and Fashion in Cholet (F), the ‘Atelier Musée Fernand Michel’ in Montpellier (F)…. 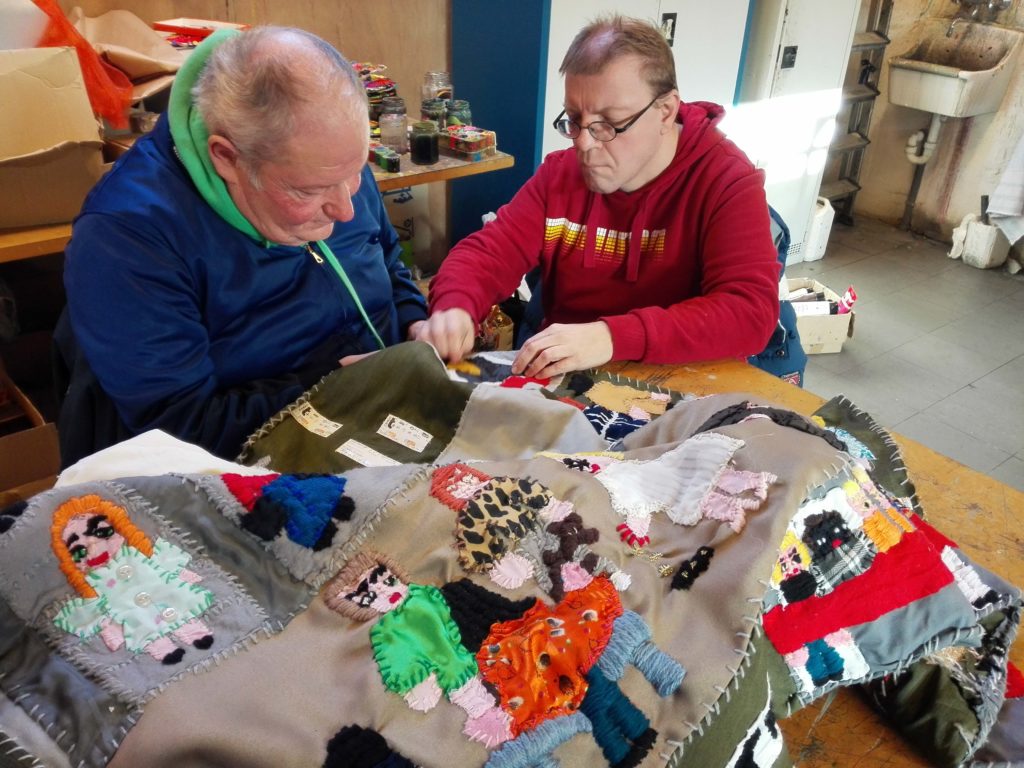