Michel lived at La Pommeraie until February 1996, where he participated in the drawing and painting workshop for six years. He tackled drawing with great energy. Starting work at 9 am, he would not stop until lunchtime, droplets of perspiration falling on his sheet, such was the effort he put into his work. Working with urgency, with no holds barred, he would experiment: collages, using anything from magazine pages to tree branches, via miniatures, assemblages, using a variety of techniques which, in theory, should not have worked together (such as applying gouache onto oil paint). This produced surprising and dramatic results. He would produce large-scale portraits with oil pastels within less than an hour. He also succeeded in expressing his impressions of city life with great poetry. Houses superimposed, one upon the other, a staircase, a ladder serves as a viaduct across two roads, two houses. […] Time determines the rhythm of this imaginary town, where all the windows are lit up in the same manner. 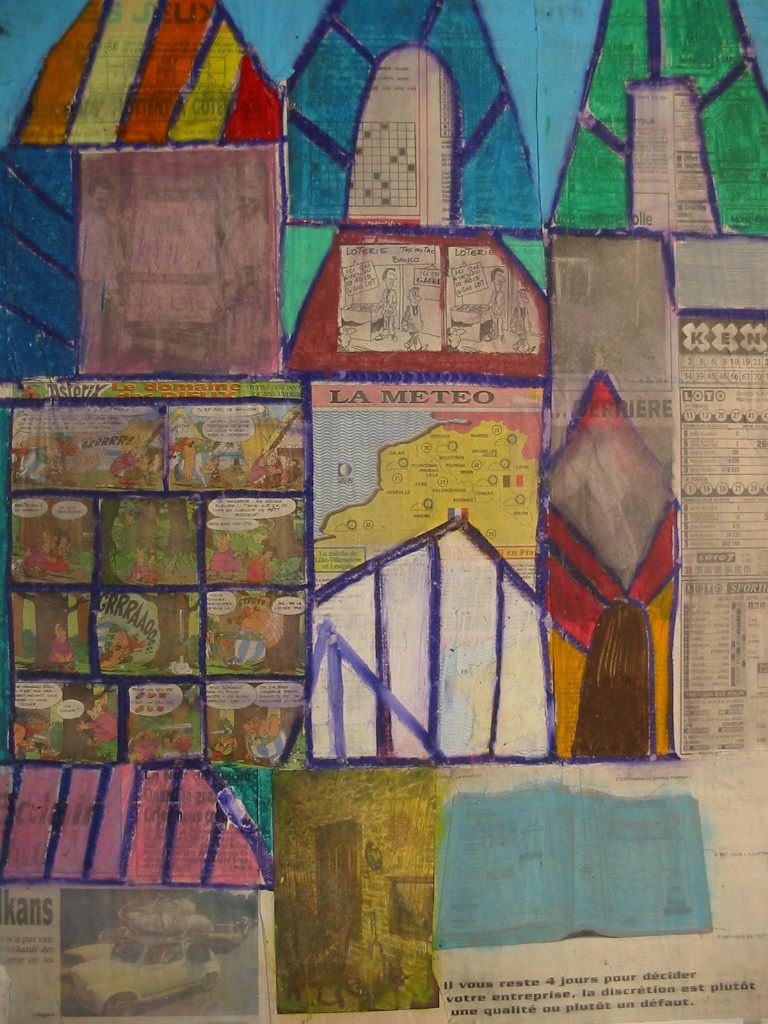 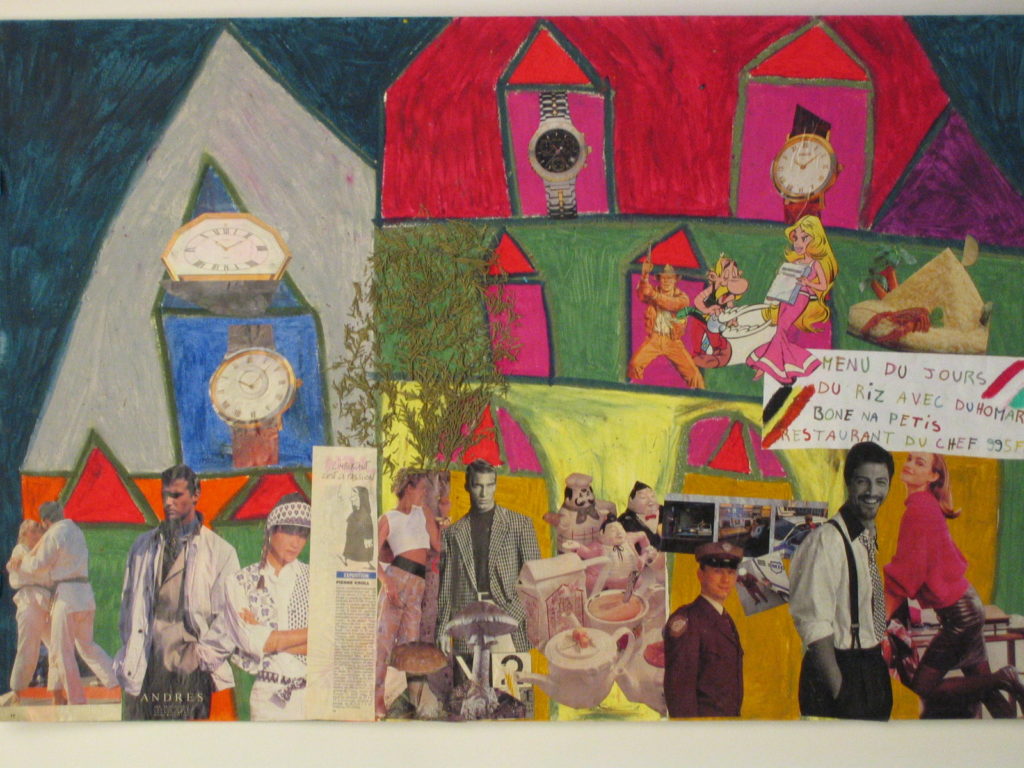