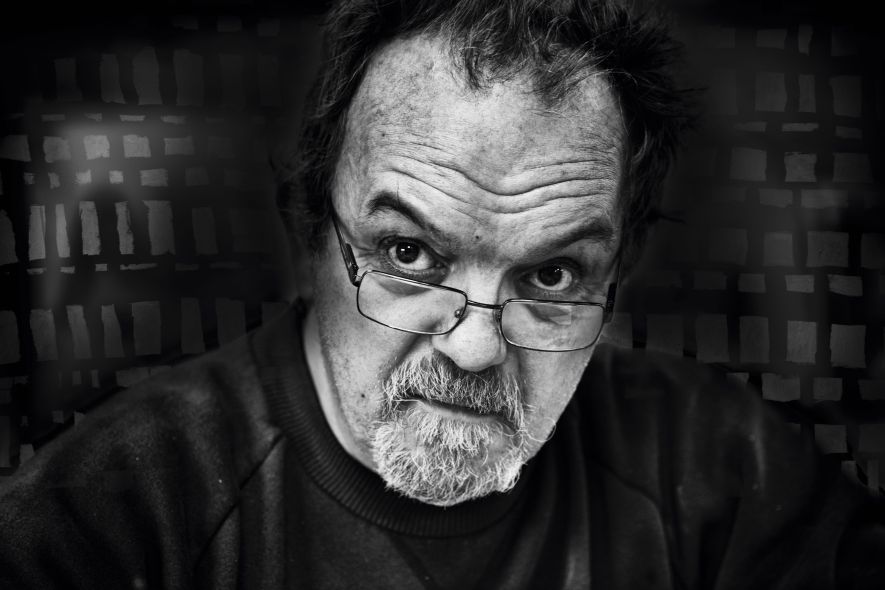 It was by pure chance that his oeuvre came to exist at all. I found his first effort torn up and thrown away in the bin, as if he’d felt it was no good. For me it was a wonderful surprise and a moving experience! And for Louis it was the beginning of a beautiful artistic adventure as he painted one ‘brick wall’ canvas after another. His works are basically red and black, red for the bricks of northern Belgium and black for the cement. In some paintings there is a patch of blue, sky perhaps or sea. Even-tempered, almost vacantly, he makes use of accidents or omissions, sometimes putting bricks, where a door or window was planned, and sometimes having forgotten joints turn out as wide as bricks. These are contemporary works that do away with any distinction between outsider and insider art! 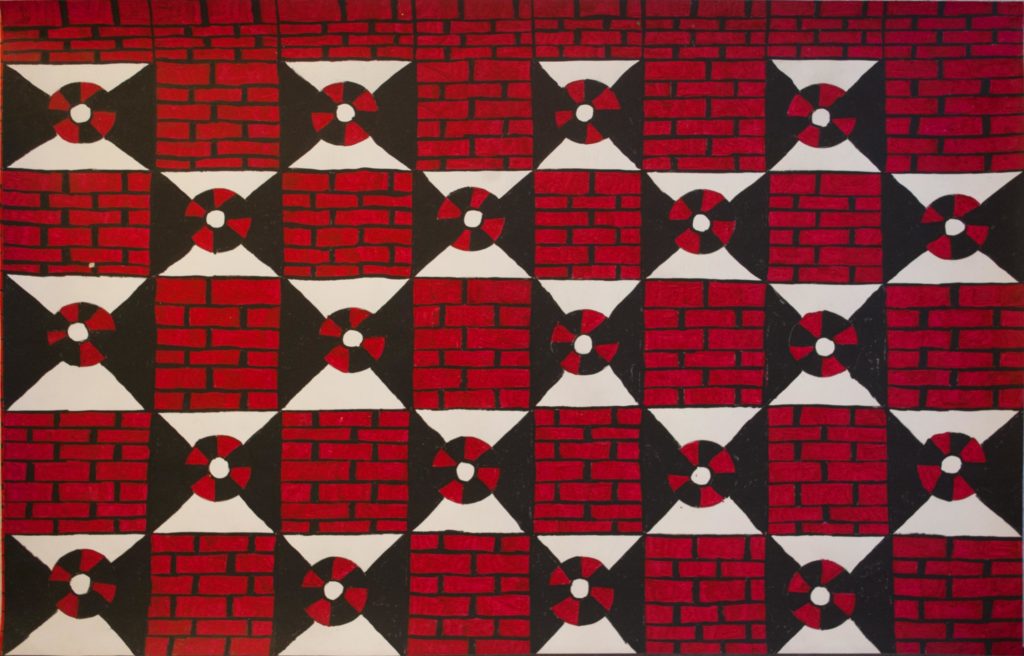 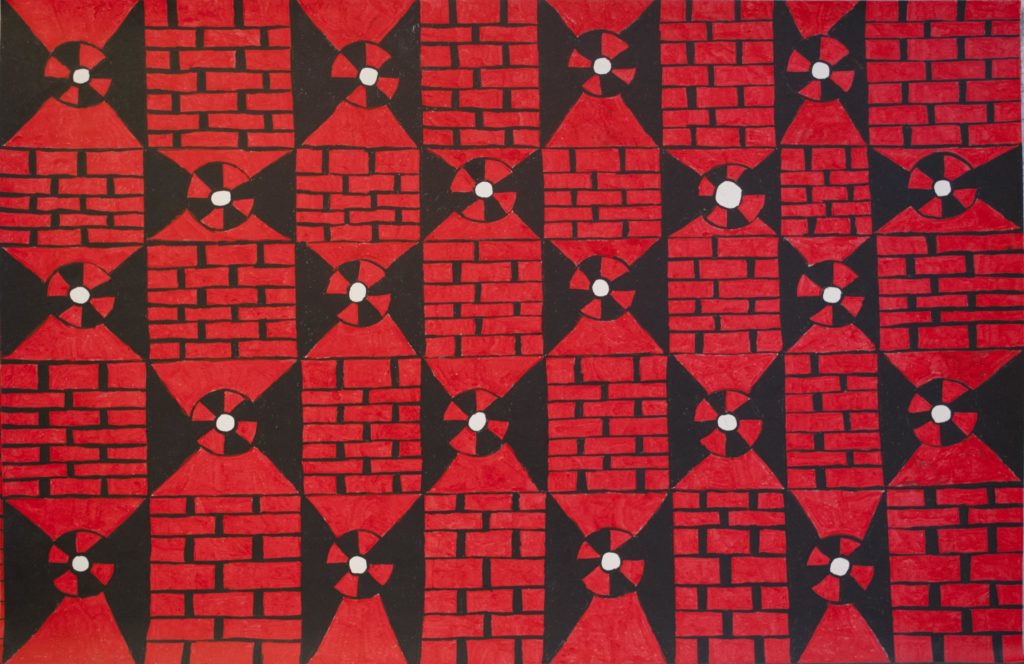 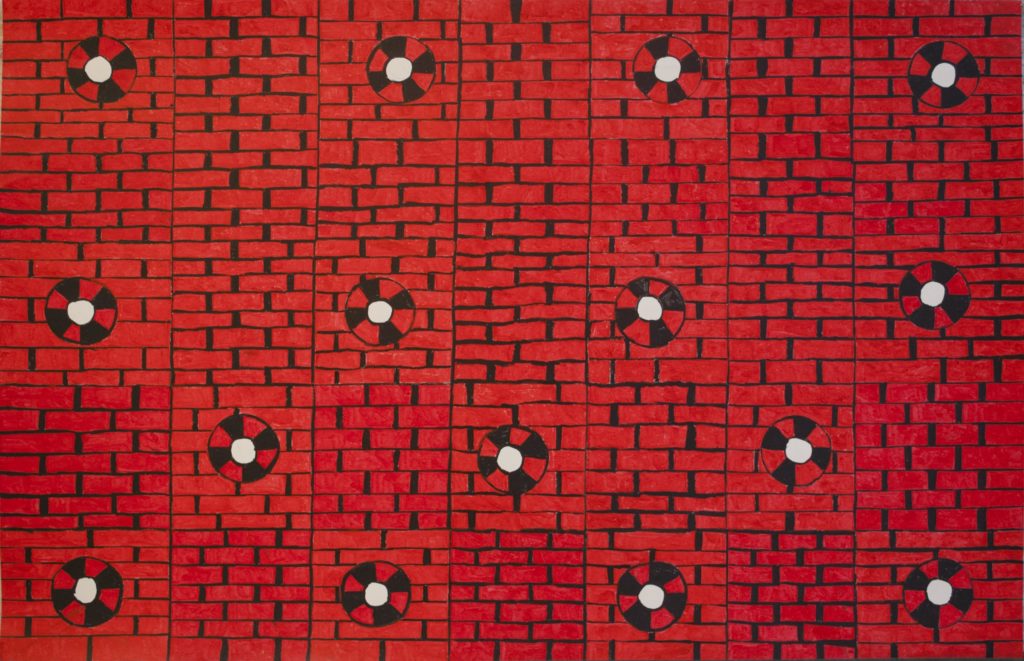