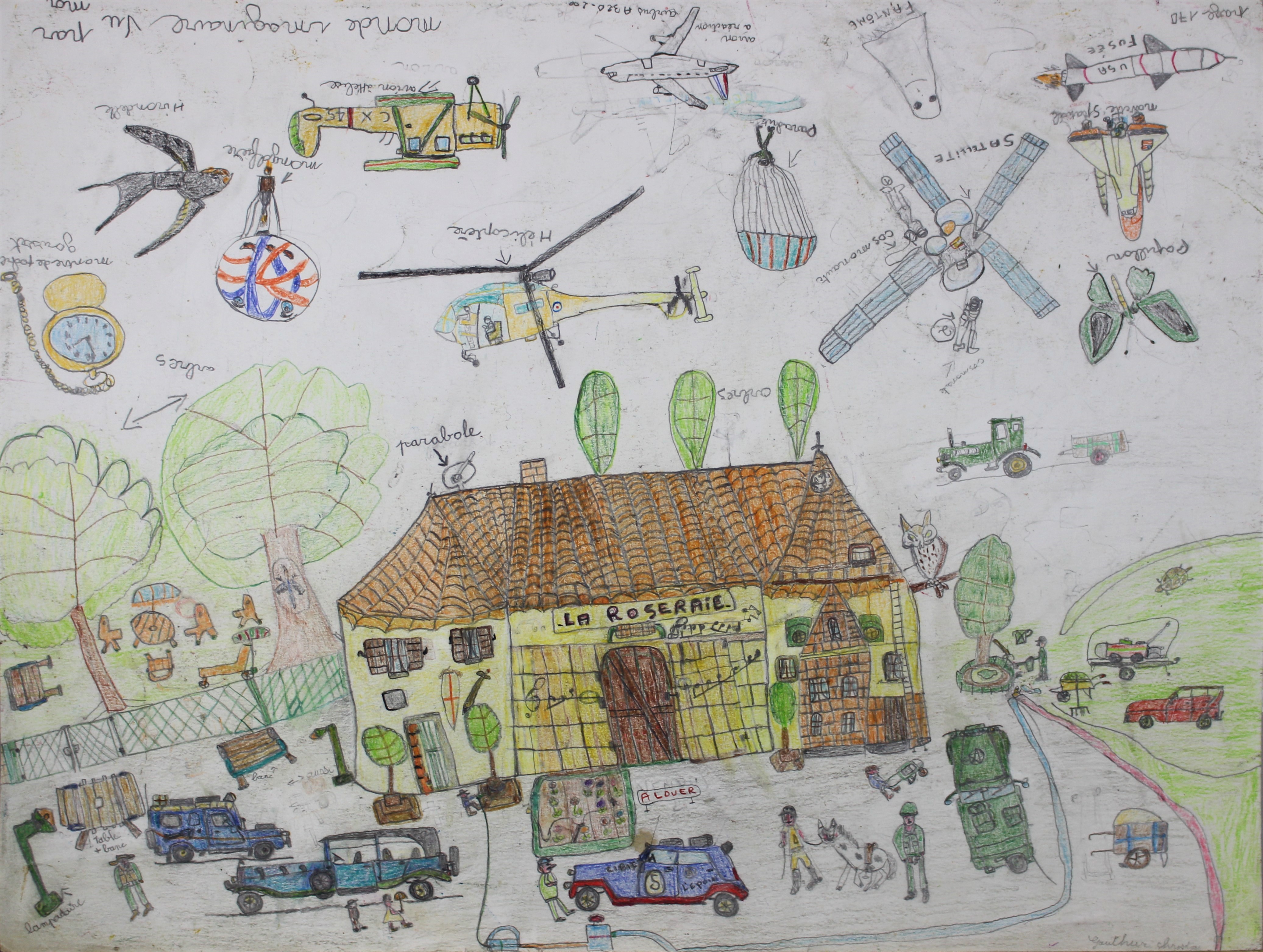 A great collector of miniature cars, Christian’s works show, with the greatest possible realism, a mostly warlike universe. Tanks, submarines, fighter planes, jeeps, fortresses, catapults, but also fish, birds and soldiers cohabit the same canvass. In random sequence he perfects every subject-matter with the same studious rigour. He does not seek harmony in his design and turns his canvass at the bidding of his imagination but also at his convenience. It is all a little naïve, a little gauche, but Christian has established his own lexicon of form and colour which is not intended to be shared of exhibited. 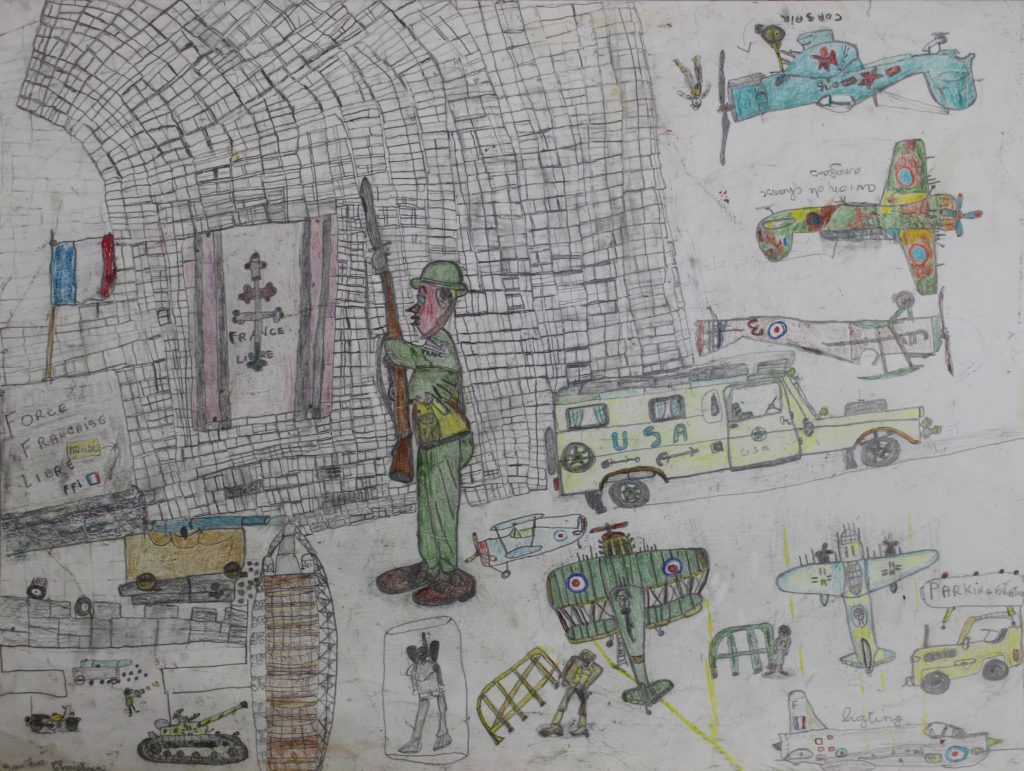 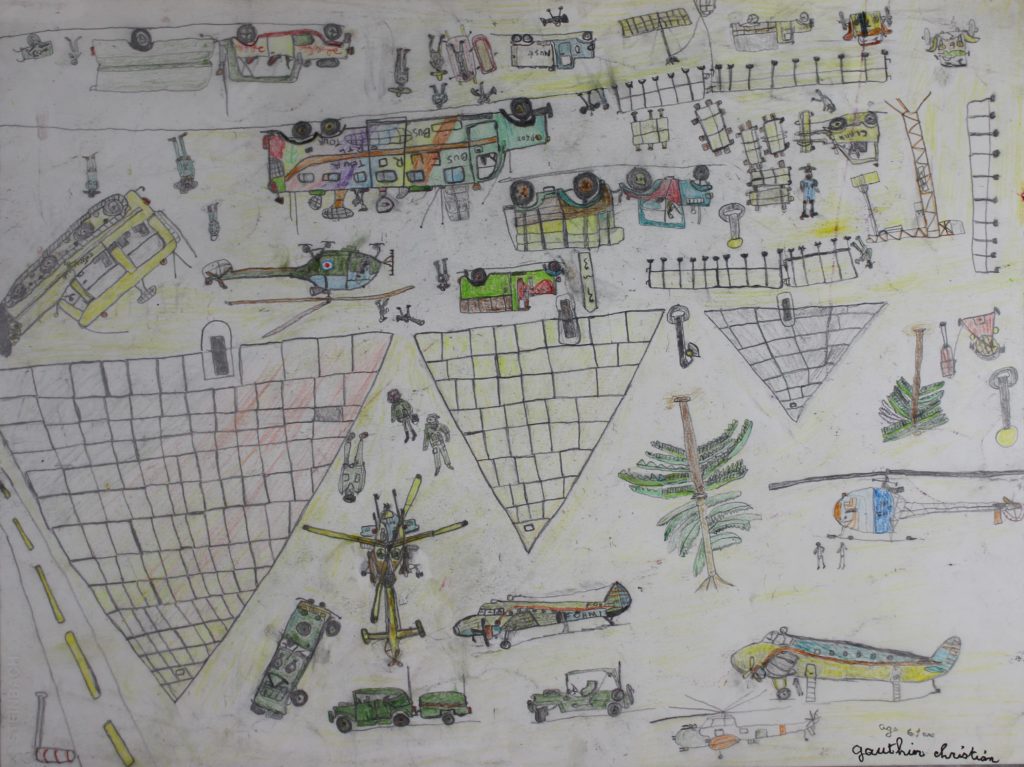 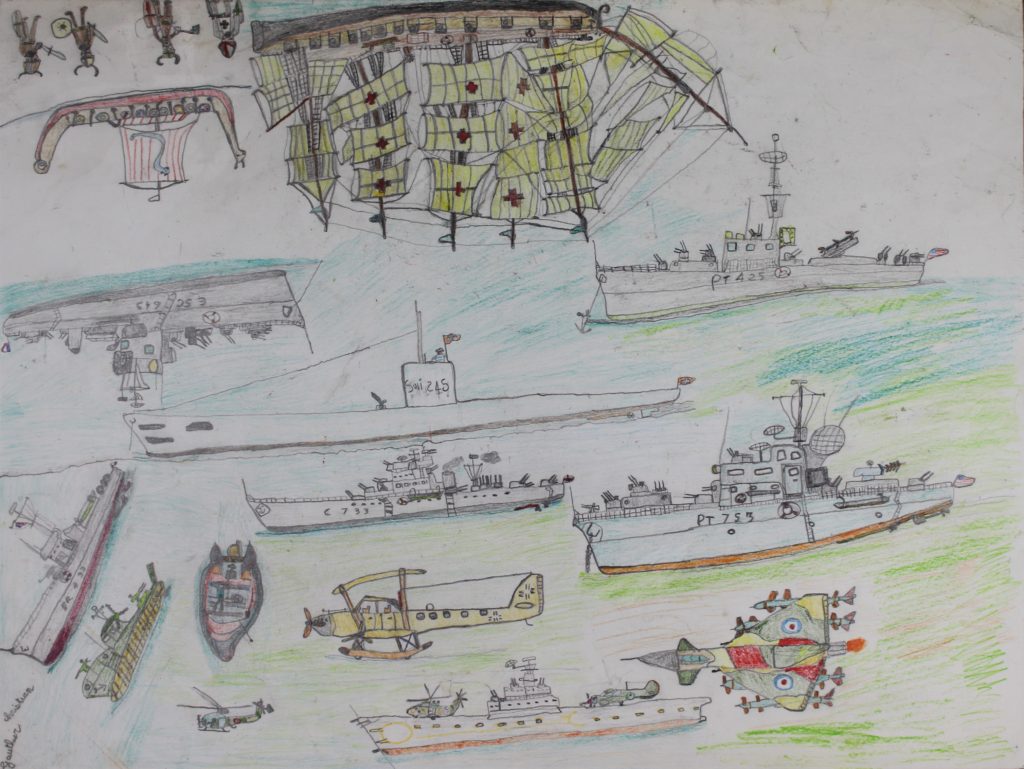 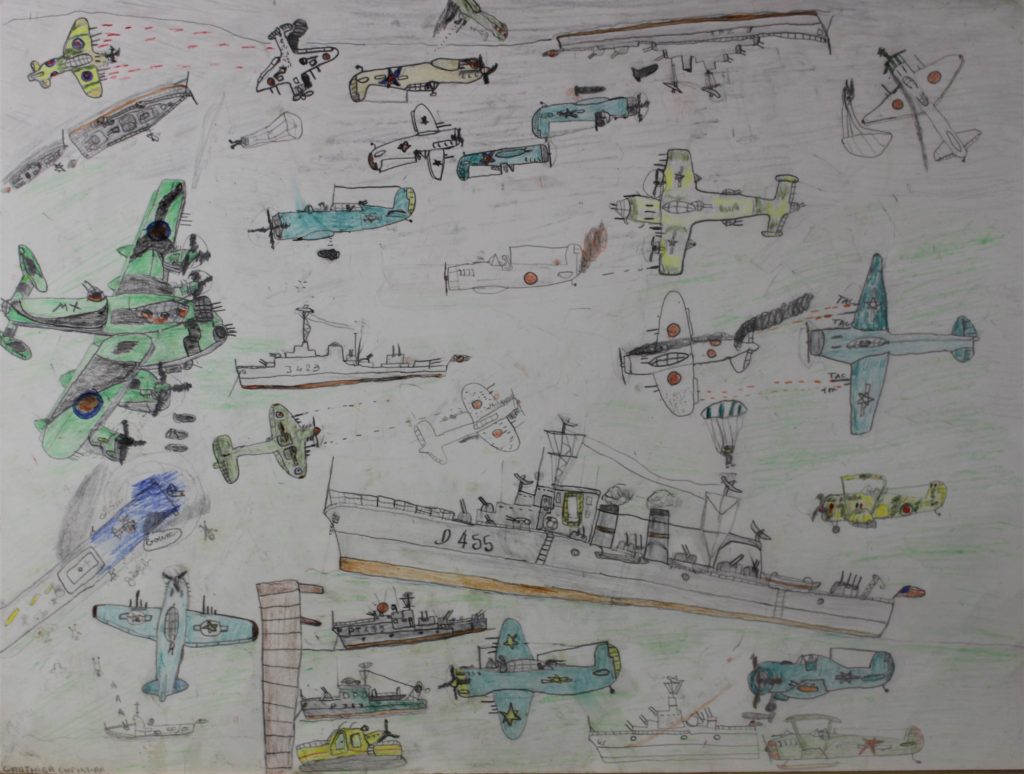 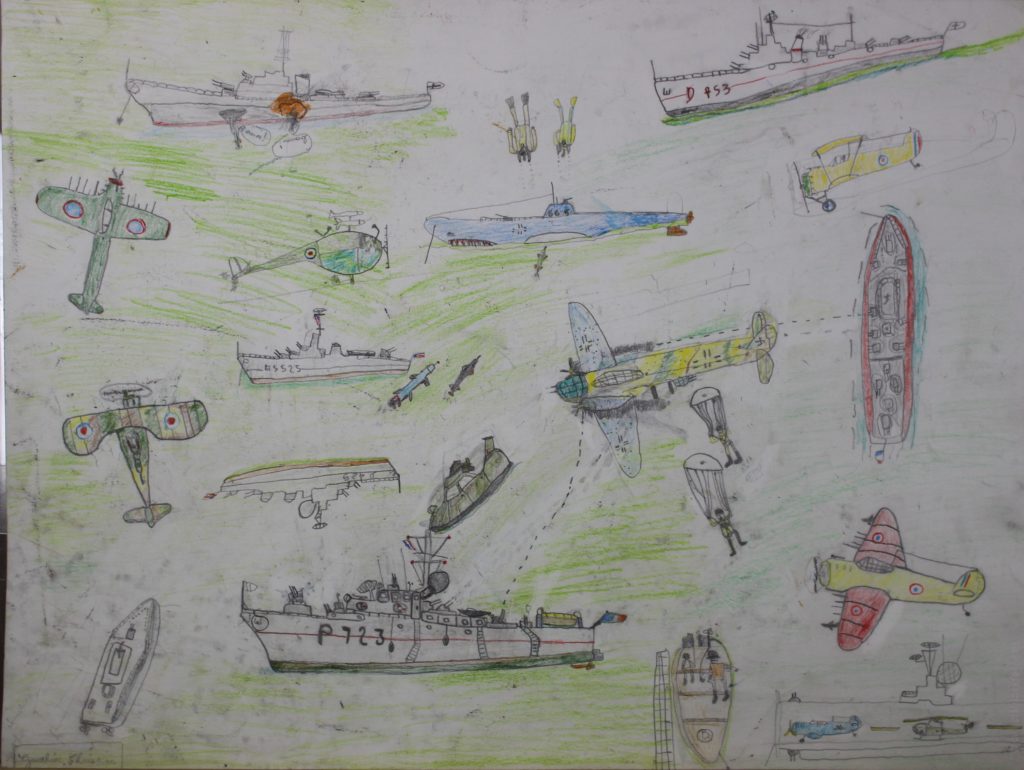 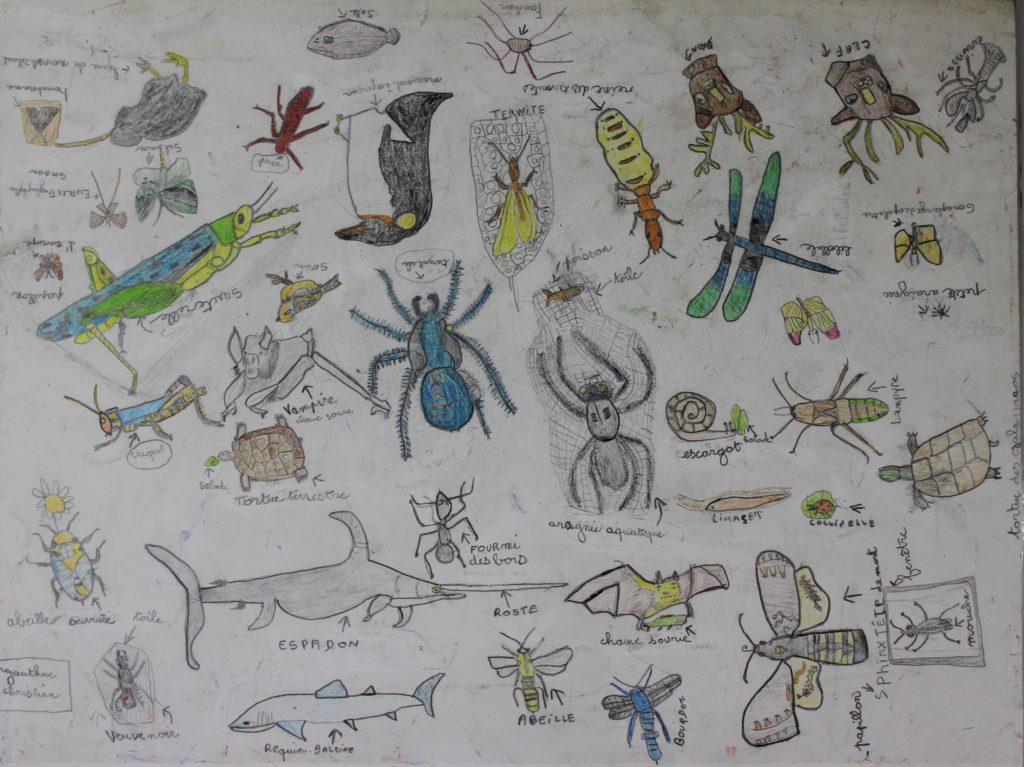 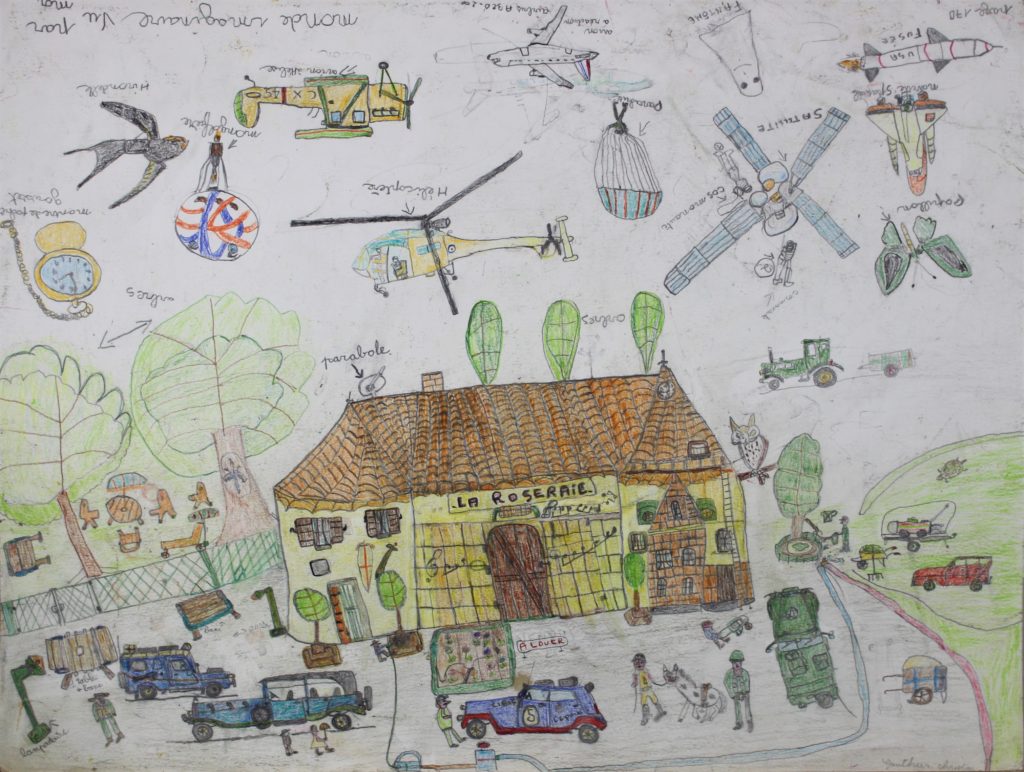 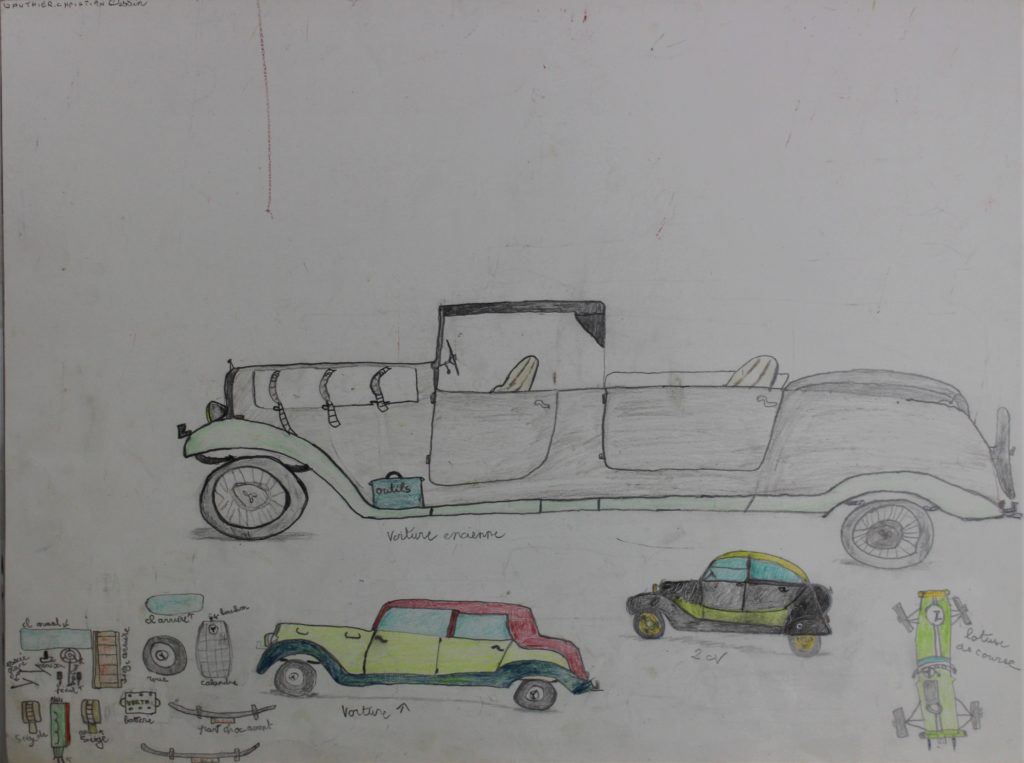